May The LOLs Be With You… Srsly

All I can say is … Bwahahahahaha!!!

Searching through the Global Address List at work this week while looking for a colleague’s phone number, I discovered a co-worker named…

**Edited to say, the black bar behind Solo Han is to block out the website product he’s associated with. I promise you, Solo is his first name and Han is his last name. 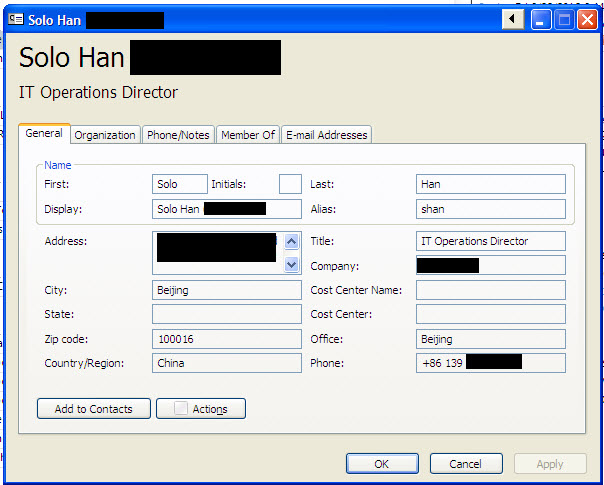 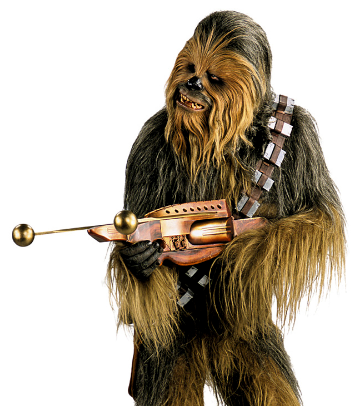 I couldn’t claim to be all about the wookiee if I didn’t feature important news and information about my man, Chewbacca. Turn’s out he’s making a return to the spotlight in the Christmas episode of Glee, airing on the FOX network tomorrow, Tuesday, December 13th. Luckily, he will not be singing; but don’t tell him I said that. Apparently the Glee cast is going to be paying homage to both the Star Wars holiday special and the Judy Garland holiday special.

You can read more about it here at mtv.com.

This is one of the original trailers for the first ever Star Wars movie from 1977. And let’s be honest, it’s a very crappy movie trailer. I don’t remember seeing this as a kid, but watching it now I don’t know why anyone would even want to see the movie based solely on this trailer. But crappiness aside, it represents the beginning of everything Star Wars and since this blog has been created to document my experiences in the upcoming mmo Star Wars: The Old Republic, I thought this movie trailer would be a great way to kick off the blog. You know, bring it back old school.

Since the upcoming game still has no official release date, and since I’ve already created this little bit of space on the interwebz, I thought I’d go ahead and start putting up some general Star Wars related posts here while I am patiently waiting. I’ll be focusing on the game soon enough, but until then you can expect to find various tidbits of the Star Wars world that I find funny, informative, cool, or nostalgic featured here along with some of my rambling blah, blah, blah. Hopefully it will keep you entertained enough that you will stick around until I can start posting about the game itself.